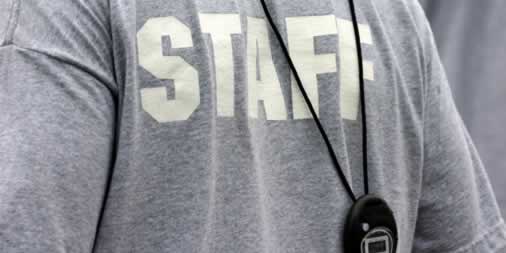 Be the Coach
You Always Wanted To Be

Whether at the scholastic, collegiate or professional level coaches play a critical role in the social and emotional development of their athletes.

What does it cost a school, college, university and professional organization when their coaches behave badly-poorly—–too much!

1Hero Sports works with coaches at all levels

1Hero Sports (1HS) focuses an athlete’s development on the non-cognitive skills critical for him/her to do the following:

These “Big-5” represent the composites of social and emotional skills like self-actualization, assertiveness, empathy, reality testing, optimism and more.

Working closely with the coach’s, athletes, agent and family 1HS works to prevent and to solve the problems that all too often derail the coach’s on-the-field performance.

Imagine the performance of a coach who properly asserts herself/himself, makes others feel understood and appreciated as well as one who brings optimism based on reality to all of the people in her/his life.

1. The difference between IQ and EQ and the language of Emotional Intelligence (EI)

5. The balance between being assertive and the need to be empathetic.

6. How to employ cognitive and emotional empathy to develop trust and respect.

7. How to use EI in identifying, recruiting, assessing and developing other athletes/leaders.

In short, 1HS coaches maximize their potential by decreasing the social and emotional interference in their life in all of the environments in which they perform.

Again, what does it cost a team, a family and a community when a professional coach derails socially and emotionally?

The answer: too much!